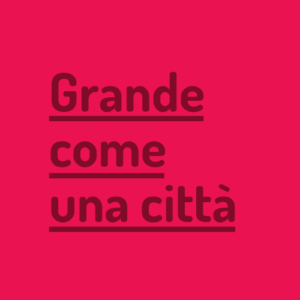 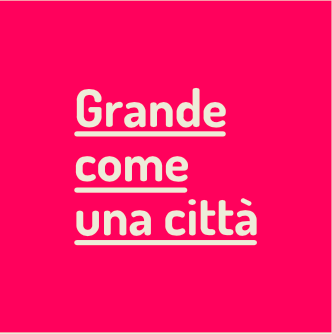 I’ve been saying this one for years. It’s a political joke. I can’t help it–I’ve got to tell it. I’ve never been able to talk to this many political people before, so if I tell you nothing else you may be able to go home laughing a bit.

This ocean liner was going across the ocean and it sank. And there was one little piece of wood floating and three people swam to it and they realized only one person could hold on to it. So they had a little debate about which was the person. It so happened that the three people were the Pope, the President, and Mayor Daley.The Pope said he was titular head of one of the greatest religions of the world and he was spiritual adviser to many, many millions and he went on and pontificated and they thought it was a good argument. Then the President said he was leader of the largest and most powerful nation of the world. What takes place in this country affects the whole world and they thought that was a good argument. And Mayor Daley said he was mayor of the backbone of the United States and what took place in Chicago affected the world, and what took place in the archdiocese of Chicago affected Catholicism. And they thought that was a good argument. So they did it the democratic way and voted. And Daley won, seven to two.

About six months ago, Anita Bryant in her speaking to God said that the drought in California was because of the gay people. On November 9, the day after I got elected, it started to rain. On the day I got sworn in, we walked to City Hall and it was kinda nice, and as soon as I said the word “I do,” it started to rain again. It’s been raining since then and the people of San Francisco figure the only way to stop it is to do a recall petition. That’s the local joke.

So let’s look at 1977 and see if there was indeed a move to the right. In 1977, gay people had their rights taken away from them in Miami. But you must remember that in the week before Miami and the week after that, the word homosexual or gay appeared in every single newspaper in this nation in articles both pro and con. In every radio station, in every TV station and every household. For the first time in the history of the world, everybody was talking about it, good or bad. Unless you have dialogue, unless you open the walls of dialogue, you can never reach to change people’s opinion. In those two weeks, more good and bad, but more about the word homosexual and gay was written than probably in the history of mankind. Once you have dialogue starting, you know you can break down prejudice. In 1977 we saw a dialogue start. In 1977, we saw a gay person elected in San Francisco. In 1977 we saw the state of Mississippi decriminalize marijuana. In 1977, we saw the convention of conventions in Houston. And I want to know where the movement to the right is happening.

What that is is a record of what happened last year. What we must do is make sure that 1978 continues the movement that is really happening that the media don’t want you to know about. That is the movement to the left. It’s up to CDC to put the pressures on Sacramento – but to break down the walls and the barriers so the movement to the left continues and progress continues in the nation. We have before us coming up several issues we must speak out on. Probably the most important issue outside the Briggs – which we will come to – but we do know what will take place this June. We know there’s an issue on the ballot called Jarvis-Gann.We hear the taxpayers talk about it on both sides. But what you don’t hear is that it’s probably the most racist issue on the ballot in a long time. In the city and county of San Francisco, if it passes and we indeed have to lay off people, who will they be? The last in, and the first in, and who are the last in but the minorities?Jarvis-Gann is a racist issue. We must address that issue. We must not talk away from it. We must not allow them to talk about the money it’s going to save, because look at who’s going to save the money and who’s going to get hurt.

We also have another issue that we’ve started in some of the north counties and I hope in some of the south counties it continues. In San Francisco elections we’re asking–at least we hope to ask– that the U.S. government put pressure on the closing of the South African consulate. That must happen. There is a major difference between an embassy in Washington which is a diplomatic bureau. and a consulate in major cities. A consulate is there for one reason only – to promote business, economic gains, tourism, investment. And every time you have business going to South Africa, you’re promoting a regime that’s offensive.

In the city of San Francisco, if everyone of 51 percent of that city were to go to South Africa, they would be treated as second-class citizens. That is an offense to the people of San Francisco and I hope all my colleagues up there will take every step we can to close down that consulate and hope that people in other parts of the state follow us in that lead. The battles must be started some place and CDC is the greatest place to start the battles. I know we are pressed for time so I’m going to cover just one more little point. That is to understand why it is important that gay people run for office and that gay people get elected. I know there are many people in this room who are running for central committee who are gay. I encourage you. There’s a major reason why. If my non-gay friends and supporters in this room understand it, they’ll probably understand why I’ve run so often before I finally made it. Y’see right now, there’s a controversy going on in this convention about the gay governor. Is he speaking out enough? Is he strong enough for gay rights? And there is controversy and for us to say it is not would be foolish. Some people are satisfied and some people are not.

You see there is a major difference – and it remains a vital difference – between a friend and a gay person, a friend in office and a gay person in office. Gay people have been slandered nationwide. We’ve been tarred and we’ve been brushed with the picture of pornography. In Dade County, we were accused of child molestation. It’s not enough anymore just to have friends represent us. No matter how good that friend may be.

Like every other group, we must be judged by our leaders and by those who are themselves gay, those who are visible. For invisible, we remain in limbo – a myth, a person with no parents, no brothers, no sisters, no friends who are straight, no important positions in employment. A tenth of the nation supposedly composed of stereotypes and would-be seducers of children – and no offense meant to the stereotypes. But today, the black community is not judged by its friends, but by its black legislators and leaders. And we must give people the chance to judge us by our leaders and legislators. A gay person in office can set a tone, con command respect not only from the larger community, but from the young people in our own community who need both examples and hope.

The first gay people we elect must be strong. They must not be content to sit in the back of the bus. They must not be content to accept pablum. They must be above wheeling and dealing. They must be – for the good of all of us – independent, unbought. The anger and the frustrations that some of us feel is because we are misunderstood, and friends can’t feel the anger and frustration. They can sense it in us, but they can’t feel it. Because a friend has never gone through what is known as coming out. I will never forget what it was like coming out and having nobody to look up toward. I remember the lack of hope–and our friends can’t fulfill it.

I can’t forget the looks on faces of people who’ve lost hope. Be they gay, be they seniors, be they blacks looking for an almost-impossilbe job, be they Latins trying to explain their problems and aspirations in a tongue that’s foreign to them. I personally will never forget that people are more important than buildings. I use the word “I” because I’m proud. I stand here tonight in front of my gay sisters, brothers and friends because I’m proud of you. I think it’s time that we have many legislators who are gay and proud of that fact and do not have to remain in the closet. I think that a gay person, up-front, will not walk away from a responsibility and be afraid of being tossed out of office. After Dade County, I walked among the angry and the frustrated night after night and I looked at their faces. And in San Francisco, three days before Gay Pride Day, a person was killed just because he was gay. And that night, I walked among the sad and the frustrated at City Hall in San Francisco and later that night as they lit candles on Castro Street and stood in silence, reaching out for some symbolic thing that would give them hope. These were strong people, whose faces I knew from the shop, the streets, meetings and people who I never saw before but I knew. They were strong, but even they needed hope.

And the young gay people in the Altoona, Pennsylvanias and the Richmond, Minnesotas who are coming out and hear Anita Bryant on television and her story. The only thing they have to look forward to is hope. And you have to give them hope. Hope for a better world, hope for a better tomorrow, hope for a better place to come to if the pressures at home are too great. Hope that all will be all right. Without hope, not only gays, but the blacks, the seniors, the handicapped, the us’es, the us’es will give up. And if you help elect to the central committee and other offices, more gay people, that gives a green light to all who feel disenfranchised, a green light to move forward. It means hope to a nation that has given up, because if a gay person makes it, the doors are open to everyone.

So if there is a message I have to give, it is that I’ve found one overriding thing about my personal election, it’s the fact that if a gay person can be elected, it’s a green light. And you and you and you, you have to give people hope. Thank you very much. 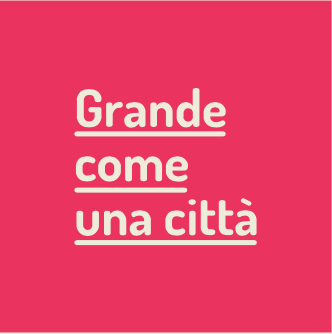